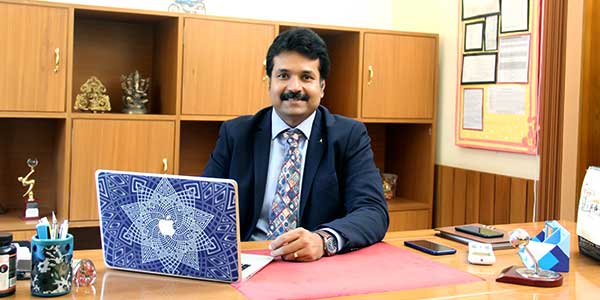 In today’s world we talk of extreme technology. I mean a technology that is sync with humans or understands humans, for example, we today have lights that sense the mood of the human and change accordingly. Today you can dictate to a computer, and it will type what you have spoken. All this seemed like a dream 20 years back. You see as time evolves we humans also evolve, and new areas of interest develop, old technologies become obsolete and new ones come.

Have we ever thought that who were responsible for these radical innovations? These people thought of things, which were unimaginable by an ordinary brain. Similarly a child is also a genius and the school and parents should play a very important role in making sure that his imagination is not killed.

Once, there was a yogi who belonged to a certain tradition called Kashmir Shaivism. This is one of the seven forms of yoga. It is a very powerful form, but it has mostly remained in the Kashmir area, so it acquired that name. One day, this yogi saw a cocoon, which was slightly cracked, and the butterfly inside was really struggling to come out- the cocoon shell was too hard. Usually, the butterfly struggles constantly for almost forty-eight hours to come out of the cocoon. If it doesn’t come out it will die. The yogi saw this and out of compassion he used his nail and opened the cocoon so that the butterfly could come free. But when it came out, it could not fly. It is that struggle to break out of the cocoon, which empowers that butterfly to use its wings and fly. What is the use of a butterfly that cannot fly? A lot of people, in what they think is love for their children, have made their children like this. The children don’t fly in their life.

There is no standard rule for all children. Each child is different. No perfect line can be drawn as to how much to do and not do. Different children may need different levels of attention, love and toughness. If you were to come and ask me while I am standing in the coconut garden, “How much should I water each plant”. I would say “A minimum of fifty litres.” But if you go home and pour 50 litres for your rose plant, it will die. So you must see what kind of plant you have in your house.

We at Universal Academy focus on bringing out the potential of a child and we give them opportunity to excel in areas whether it is academics, sports, debating, art n craft, singing, or any other area. I assure you that the school guides and helps your children to follow their dreams and excel in life by choosing a career, which is best for them. This will make sure that they are happy, successful, and good human beings.